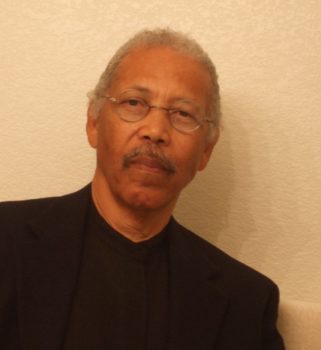 At the age of six, John Clark became interested in airplanes.  From his home in Chicago, he spent many hours watching them fly overhead on their landing approach to Midway Airport.  He often wondered, “How do airplanes turn?”  His conclusion was that the wings rotated; left for a left turn; right for a right turn.  At that time, he was not aware of ailerons, elevators and rudders, but only of the stark beauty of plane against sky.  This interest in airplanes expanded to include spacecraft and the astronomical universe they explore.

By the 1960’s, Mr. Clark had served in Southeast Asia with the U.S. Air Force as an aircraft mechanic and returned to his home in Milwaukee, Wisconsin to study mechanical engineering at Marquette University.  After two years of study, he felt drawn to his first love – Art.  As a result, he enrolled at the University of Wisconsin-Milwaukee and obtained a Bachelor of Fine Arts, Master of Arts, and Master of Fine Arts degree in drawing and painting.

For over 40 years, his efforts have been directed toward commissioned works for Astronomy magazine, NASA and the U.S. Air Force Art Program.

Mr. Clark is the Jo Kotula Chair of the American Society of Aviation Artists; a past President, and “Artist Fellow” of the society.

In recent years, he has expanded his oeuvre to include landscape, the figure, and decorative motifs. Mr. Clark currently lives and works in Surprise, Arizona. 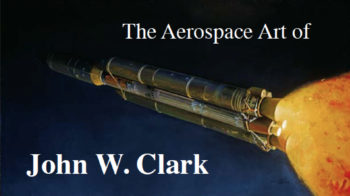 The Aerospace Art of John Clark

Presented at the 2017 American Society of Aviation Artists Forum, Hampton, VA
To view and /or download pdf, click here